I’ve been on the offensive with a series of posts on the historicity of the New Testament. In conversations with Christians, however, I’ve been asked variations of this: “Okay, smart guy: you make clear that you don’t want to interpret the gospel story as literally true. Enlighten us then—how do you explain the facts? What do you think happened?”

That’s a fair question, and I’m happy to make a claim and defend it. Even if you accept my contention that the Bible is just legend and that the supernatural stuff didn’t happen—that it’s the surviving fragments of the blog of a prescientific tribe of people who lived two to three thousand years ago—that only tells us what didn’t happen.

So what did happen? That the New Testament exists is undeniable; what explains it? Here we go.

1. Jesus lived. The Christ Myth Theory, which argues there is insufficient evidence for a historical Jesus, is another possibility, but the simplest argument seems to be that a real man grounded the Jesus story. It’s easy to imagine false legend being built on a foundation of an actual person in history.

2. Jesus was an influential rabbi who had a following. He was killed, and stories grew up about him after he died.

3. The stories were passed from person to person orally for decades, eventually touching thousands or tens of thousands of people. The religion spread quickly by evangelism and trade through the Ancient Near East, from Palestine to Egypt, Syria, Asia Minor, Greece, Italy, and beyond.

4. The stories were corrupted as they went. Some of this might have been inadvertent, but some was deliberate. Embellishments were added to improve the story, either to satisfy imagined or real prophecy from the Old Testament (for a Jewish audience) or to duplicate a supernatural feature of a competing Greek, Mesopotamian, or Egyptian religion (for a gentile audience). Starting from a Jewish community that spoke Aramaic, it found a home in a far-flung community that was culturally Greek.

5. Christianity relied initially on oral history. After decades, when it became clear that the imminent second coming wasn’t coming, the apocalyptic element of the religion was toned down, the religion settled in for the long haul, and the stories were committed to parchment. A handful of these gospels were written in the first century, including the four that made it into the New Testament. Dozens more were added in the following centuries.

6. Some of these later gospels were benign, but others were dangerously incompatible. A Christian community that accepted one tradition might consider another community heretical, and vice versa. Church fathers wrote books against particular heresies: Irenaeus wrote against Gnosticism, Tertullian against Marcionism, and Origen against Platonism. Different philosophies were debated, and the collection of dogmas that we think of today as orthodox Christianity was hardly the obvious winner.

7. The gospels and epistles were copied over the years and modified in small and large ways to adapt to different communities’ beliefs.

8. What we think of as the official Christian canon of books was largely fixed at the Council of Nicaea in 325.

Point out anything that doesn’t fit, but this sketch best explains the facts as far as I can tell. It is far more plausible than accepting the gospel stories as history.

Read the first post in this series: What Did the Original Books of the Bible Say?

The word “belief” is a difficult thing for me.
I don’t believe. I must have a reason for a certain hypothesis.
[If] I know a thing, then I know it.
I don’t need to believe it.
— Carl Jung 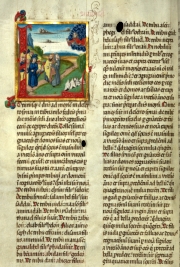 We’re taking a trip through time, from our English New Testament, back through the translations and various copies (Part 1), back through the textual variants to our best guess at the original Greek manuscripts (Part 2).  We’ve arrived at our best reconstruction of the canon determined by the Council of Nicaea (325 CE).

The novel The Da Vinci Code portrayed the Council as the stereotypical politicians’ smoky back room where the features of Christianity and the books that represented it (the canon) were haggled over.  Many Christian sources have argued against this characterization, saying that the canon had largely been decided by the early churches by that point, but this doesn’t avoid the problem.  Selecting the canon would’ve been a popularity contest either way.  If the bishops at Nicaea didn’t vote it into existence, then the weeding-out process in the early church created a de facto canon that the bishops accepted with minimal change.  Either way grounds the canon on the imperfect shoulders of ordinary people.

Let’s take the next step.  We have a big gulf to cross from 325 CE to roughly 70–90 CE, when the originals were written down.

Suppose that Mark was written in Rome in the year 70.  Copies are made and it gradually makes its way to Alexandria, where it is copied over and over until it finds its way into the Codex Sinaiticus in about 350.  What happened to it in those 280 years?  How does the version that we have vary from the original manuscript, now lost to history?  That’s a lot of time for hanky-panky.

The issue isn’t that I’m certain that the books were changed significantly; rather, we aren’t certain that they weren’t.  This period from Nicaea back to the originals is the Bible’s Dark Ages, a period with very little documentation.  We have just a few dozen Greek manuscripts that precede the complete codices.  The papyrus manuscripts are all fragments, containing at most a chapter or two of one book.  These manuscripts are remarkable finds, but that does nothing to change the fact that we’re bridging a large gap with little information.  We can’t say that our copies differ little from the originals because we don’t have the originals.

This biblical Dark Ages was a period of much turmoil in the Christian community.  The divisions in early Christianity were much bigger than the modern Lutheranism vs. Presbyterianism distinction, say.  Instead of French vs. Spanish, think French vs. pre-Columbian Mayan.  And these divisions were all fighting for survival, fighting for their place in the canon.

Proto-Orthodox.  This is Bart Ehrman’s term for the early Christian sect that would become Christianity as we know it today.  Paul’s writings (which changed Jewish law to reject circumcision, the kosher laws, and so on) form the heart of this division.

Ebionites.  These may have been the first Christians, because they saw Jesus as a Jew.  This was the Jesus who said, “Do not think that I have come to abolish the Law or the Prophets” (Matt. 5:17).  The New Testament documents the struggles between the James/Peter sect and Paul in Galatians 2:11–21.  Bart Ehrman’s Misquoting Jesus says,

According to the Ebionites, then, Jesus did not preexist; he was not born of a virgin; he was not himself divine.  He was a special, righteous man, whom God had chosen and placed in a special relationship to himself.1

Marcionites.  This Christian variant was put forward by Marcion in about 144 CE.  The Marcionites had no use for the Old Testament, since it documented the Jews’ god, who was different from the (unnamed) father of Jesus.  Marcion argued that you could answer to Yahweh if you wanted, but Jesus offered a much better option.  This Jesus was divine and only appeared to be human.  Consider John 20:26: “Though the doors were locked, Jesus came and stood among them.”  Marcion considered only Paul’s writings to be canonical.

Gnostics.  The Gnostics rationalized the evil in the world by saying that the world was created by a demiurge (craftsman) who didn’t intend to or wasn’t able to create a perfect world.  While most people on the earth were just animals, some held a divine spark.  For that special few, Jesus’s hidden knowledge would be necessary after death to see them safely back to heaven.  We see this in Luke 8:10: “The knowledge of the secrets of the kingdom of God has been given to you, but to others I speak in parables, so that, ‘though seeing, they may not see; though hearing, they may not understand.’”

Biblical redaction is the deliberate change or concatenation by a later editor, and the Bible is full of examples.  For example, the Old Testament has two creation stories, two flood stories, two contradictory Ten Commandments (Exodus 20 vs. 34), and even two David and Goliath stories.

The New Testament holds clues to this kind of change as well.  For example, John ends with chapter 20 and then again with chapter 21.2  The authorship of Peter’s two epistles is unclear.  Jesus says, “But about that day or hour [of the end] no one knows, not even the angels in heaven, nor the Son, but only the Father” (Matt. 24:36), but some scribes omitted the startling phrase “nor the Son” from their copies.

The Ebionite, Marcionite, and Gnostic passages above suggest that our Bible is a conglomeration of different traditions, with verses or chapters added as necessary to dull the edge of an unwanted concept.

This isn’t meant to be a thorough discussion of New Testament redaction.  Rather, I want to show just a few places where it is suspected and to suggest that it could have been even more widespread.  Claims as remarkable as those of the gospels must be built on more than “Well, they might not have been changed.”

Would writings be deliberately changed?  The author of Revelation apparently knew it was widespread enough to end with a curse against anyone who would modify his book.  The famous Testimonium Flavianum in Josephus (“Now there was about this time Jesus, a wise man, if it be lawful to call him a man …”) is almost universally said to have been added by later copyists.  With the pull of competing Christianities, the urge to “improve” a book might have been irresistible.

Would competing writings be destroyed?  It happened in Islam.  The “Uthmanic recension” was the process through which one version of the Koran was accepted and all competing versions destroyed.  The Nag Hammadi library seems to have been buried.  Why hide these books unless there was reason to fear destruction?  Perhaps, like the Koran, the Bible has been modified through destruction.

While historians have told us a remarkable amount about the societies from which Christianity arose, our understanding is changing even in our time.  For example, consider “Gabriel’s Revelation,” a recently discovered first century BCE writing that talks about a suffering messiah, not Jesus but Simon of Peraea.  “In three days you will know that evil will be defeated by justice.”  Do we conclude from this that resurrection after three days wasn’t a new concept to the Jesus-era Jews?  In this revelation, the messiah sheds blood, not for the benefit of sinners but for the redemption of Israel.

Of course we don’t discard the clues we have about the original New Testament documents, but let’s proceed with humility about how little we can say with confidence.

Read the first post in the series here: What Did the Original Books of the Bible Say?

Next time: the last post in the series will take the step from gospel originals to the figure of Jesus. 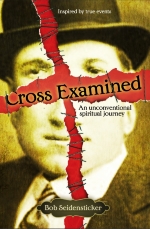