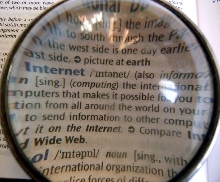 Rev. O’Neal Dozier, a Rick Santorum backer, says that homosexuality is the “paramount of sins” and that it is “something so nasty and disgusting that it makes God want to vomit.”

Pastor Ken Hutcherson, here in Seattle, is against Washington state’s new law-in-waiting allowing same-sex marriage.  He’s been riding this horse for years, ever since he complained about Microsoft offering health benefits to same-sex partners of employees.

Ted Haggard was the founder and former head of both the 10,000-member New Life Church and led the National Association of Evangelicals.  In the movie Jesus Camp, he said, “We don’t have to debate about what we should think about homosexual activity.  It’s written in the Bible.”

But Pastor Ted was brought low by claims that he had a long-term relationship with a gay prostitute.  This hypocrisy gave us Haggard’s Law: the likelihood of someone’s being gay increases in proportion to the force of that person’s public objections to homosexuality.  One wonders if the other pastors similarly doth protest too much.

The next time some guy with a religious or political platform bloviates about why a segment of society doesn’t deserve the same respect as everyone else, remember Haggard’s Law and wonder what he’s hiding.

5 thoughts on “Word of the Day: Haggard’s Law”