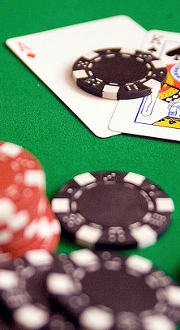 Pascal’s Wager imagines belief in God as a wager.  Suppose you bet that the Christian god exists and act accordingly.  If you win, you hit the jackpot by going to heaven, and if you lose, you won’t have lost much.  But if you bet that God doesn’t exist, if you win, you get nothing and if you lose, you go to hell.  Conclusion: you should bet that God exists.

A thorough critique of the many failings of this argument will have to wait for another post.  But this argument is easily turned around to make the Atheist’s Wager.  If God exists and is a decent and fair being, he would respect those who used their God-given brains for critical thinking.  He would applaud those who followed the evidence where it led.  Since God’s existence is hardly obvious, he would reward thoughtful atheists with heaven after death.

But God would be annoyed at those who adopted a belief because it felt good rather than because it was well-grounded with evidence, and he would send to hell those who misused his gift of intelligence.

Here it is formulated as a syllogism:

The Atheist’s Wager can be different than Pascal’s Wager in that Pascal is assuming the Christian god, while the Atheist’s Wager can imagine a benevolent god.  The difference is that the actions of the benevolent god can be evaluated with ordinary human ideas of right and wrong, while Christians often must play the “God’s ways are not our ways” card to explain away God’s occasional insanity as recorded in the Bible.  For example, no benevolent god would send one of his creations to rot in hell forever.  Or support slavery.  Or demand genocide.

Of course, if a non-benevolent god exists, and the Christians stumbled upon the correct way to placate him, then the atheist is indeed screwed.  But then we’re back to the fundamental question: why believe this?

8 thoughts on “Word of the Day: Atheist’s Wager”