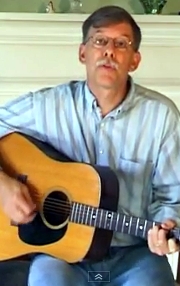 “Does God Exist?”  This was the topic at a public debate I attended on Monday.  Here’s a brief summary.  See how you would respond to the points that were raised.

1. Agreement with Data.  We never have proof (outside of mathematics and logic), but we can provisionally accept the hypothesis that fits best with the data.

2. Coherence.  A new hypothesis should be consistent with and support already-accepted theories.  If not, it had better be a pretty compelling hypothesis.  Simpler is better.

4. Fertility.  What new things can this hypothesis tell us?  What predictions can it make?  What new questions does it invite?

The two speakers were Lutheran pastor Gary Jensen (also a member of Reasons to Believe, an old-earth Creationist organization) and humanist and lawyer Jim Corbett.

Jensen spent much of his opening statement speaking in what (to my mind) were tangential generalities: quoting famous people, asserting that we must follow the evidence wherever it leads (Socrates?), showing how the Bible encourages a sensible interaction with nature, giving a brief summary of the progress of the modern cosmological view, and so on.  He said that the Bible is the only religious story with a cosmic beginning.  (Huh?)

He got to his first claim with a reference to the fine tuning argument, but he simply pointed to Just Six Numbers by Martin Rees.  Okay, that’s a data point, but it’s hardly an argument.

In talking about cosmology, he threw in the term “Darwinism.”  Ouch—that may due to too much hanging out with the Reasons to Believe guys.

He talked about God as a given and made a mistake that I see frequently—confusing statements about his beliefs (which he made) with an apologetic argument (which he didn’t).

He cited Antony Flew’s There is a God as evidence of a smart person who changed his mind.  (This was a mistake—I’ve read the book.  First, it was ghost-written and second, the arguments that supposedly turned Flew into a deist are scientific arguments.  That a non-scientist is convinced by scientific arguments is uninteresting to me.)

Modern science was hatched in a Christian culture.  (Okay, and it was a carnivorous culture as well.  So what?  I see no cause and effect here.)

Jensen made a vague reference to professors “kicked out” for being Creationists and gave Guillermo Gonzalez as an example.  (I wonder if he’s read the other side of the story.  That there is another side doesn’t make Jensen’s claim wrong, but it is mandatory that he at least be aware of it.)

He says that he encourages free inquiry but that scientists who reject the supernatural are therefore closed-minded.

He referred to information in DNA (that some protozoa have 200 times the DNA that humans do shows that DNA isn’t “designed” as we use the term) and absolute morality (that we see considerable social evolution from biblical morality to today’s morality overturns this notion).

Corbett had some interesting points (any transcription errors are my fault):

Corbett concluded with an interesting parallel.  It took about 300 years from Christianity to go from nothing (death of Jesus) to being the official religion of the Roman empire (Council of Nicaea).  If you count Darwin’s Origin of Species as the beginning of modern atheism in the West, we’re halfway through our 300-year transition period.  Polls indicate that religion is declining, new knowledge explains away God, and God of the Gaps thinking is no longer necessary.

I’m not sure if that should be seen as optimistic (we’re making good progress) or pessimistic (we have a long way to go) or even unrealistic (Christianity has weathered storms before and we mustn’t count it out), but it’s an interesting parallel.

5 thoughts on “Debate: Does God Exist?”